“This film... is imaginatively staged and charming in its presentation…  A delightful look at a time and a place [in Nicaraguan history]. ”
—Judith Ehrlich, Peabody Award Winner 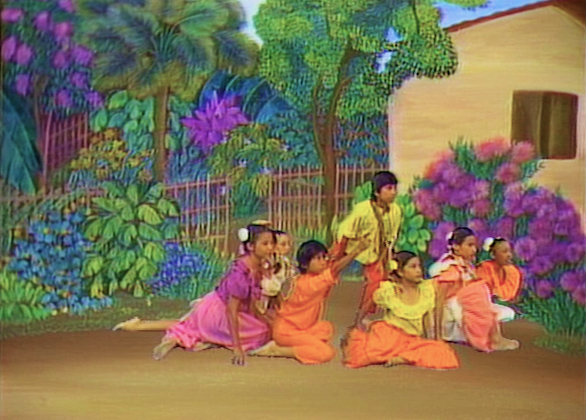 When the evil giant Macho Malo threatens the mythical land of Maizgalpa, the young hero Juan Grillo sets out to break the spell cast over his homeland. Grillo, “cricket” in Spanish, was the real code name of a ten-year-old Nicaraguan boy, Luis Alfonso Velasquez Flores, who bravely delivered important messages to his community, inspiring them with his passionate speeches.

The film beautifully blends art, dance, and music as a metaphor for Nicaraguan history. Through groundbreaking use of early green screen technology, the characters interact with a background made up of folkloric paintings, bringing the scenery to life.

This award-winning film captures the spirit of hope that filled the hearts and minds of the Nicaraguan people during its revolution.

Scenes from the film 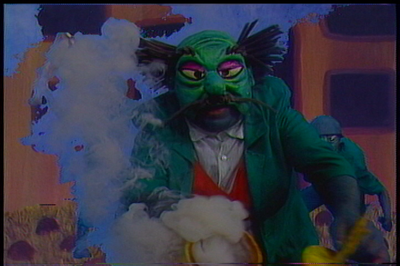 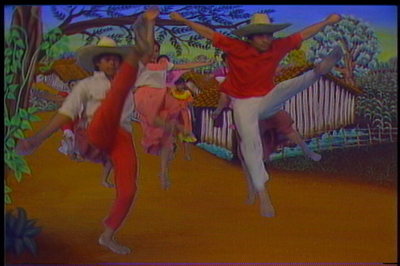 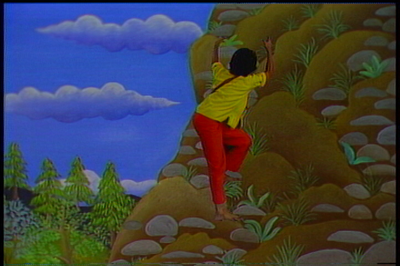 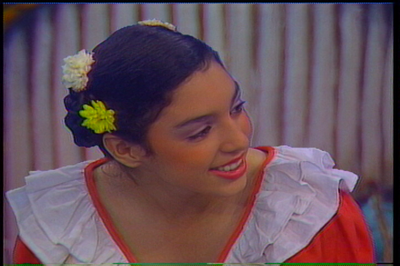 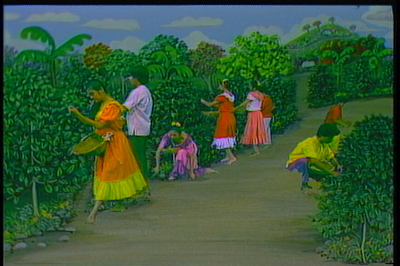 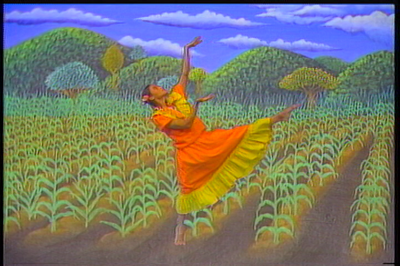 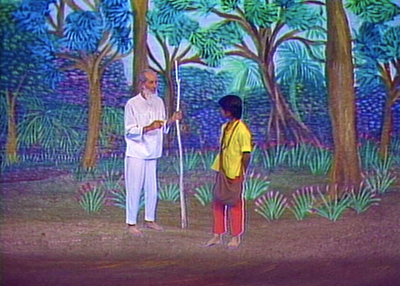